You know how sometimes I get a little pissy about life and start judging people? I mean, it’s not completely my fault, really. I’m usually provoked. Because, the world. It just.

I’ll try not to make this all long and bitchy. But no promises. Because I saw this in my newsfeed today.

I wish it shocked me more.

I’ve spent too many years volunteering in animal rescue to be shocked by it anymore. The two pound puppies found filled with bb’s because people can’t seem to raise their kids right. The pit bull stolen from her family and used as a bait dog until her injuries were irreparable and her family, having finally found her, had to watch her die in pain. This tiny kitten tied up in a plastic bag and thrown into the river to drown (but thankfully saved by a for real actual human being).

And if you’ve spent any time in juvenile justice or child counseling, you’ll have heard even more devastating stories of neglect, abuse, and torture.

But then also, people can be really freaking awesome.

Aside from running, volunteering is the thing that has helped me develop a little more faith in the human race and feel better about myself. When you do something that allows you to have an impact, no matter how small, you feel your worth increase. You feel more connected to your community. And you meet the most amazing people that help you see that most people are, in fact, pretty phenomenal.

These people, for example. They’re some of my favorites. 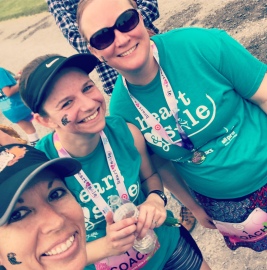 As a Girls on the Run/Heart & Sole Coach, you’re giving up two hours twice a week for twelve weeks. Those are hours that you could be spending napping or watching whatever afternoon talk shows happen to be popular right now. I mean, sometimes the last thing you want to do after a long day at work is go teach a lesson.

Until you get there and get started and before you know it, you’ve had a lot of fun, done a little running, and the girls are smiling and yelling out, “Bye, Coach!” as they head to their cars to go home.

As an animal foster, you’re giving up a level of peace and quiet in your home and also probably some of that napping and television watching time as you housetrain and walk dogs. (Cats, though. Really, you’re not giving up too much with cats. Maybe five minutes of litter box cleaning and food dish filling. I really don’t get why more people don’t foster cats.)

Until the first thunderstorm and that terrified little soul comes running to you for comfort, looking up at you with grateful eyes and filling your heart with a warmth you’d almost forgotten about.

And when you get to look back on the lives you’ve saved or impacted in some way, that is when you really start to feel good about yourself. (And probably without also becoming super judge-y of other people that aren’t volunteering. Because honestly, sometimes life is just super hard and you have to spend some time focusing on your own mess before you can even consider trying to help fix someone else’s. But also, if life is just a little hard, it can actually really help you stop focusing on the little things and start to feel better about life, in general. Yeah, volunteering goes deep like that.)

Every year, I jump in line quick to volunteer at the Roanoke Street Pub because they’ll donate proceeds to my non-profit of choice (Roanoke Outside) AND give me free beer. Plus, it’s basically just a giant party and who doesn’t want to go to that? (Except true introverts. This probably isn’t your thing. You should find something else.)

You can just go out and clean up trash while you enjoy a nice walk. Or if you’re good at writing, but not so great with the people, you can volunteer to write up foster animal bios or assemble newsletters for any number of non-profits.

There are just way too many ways to give back for people to not even try. 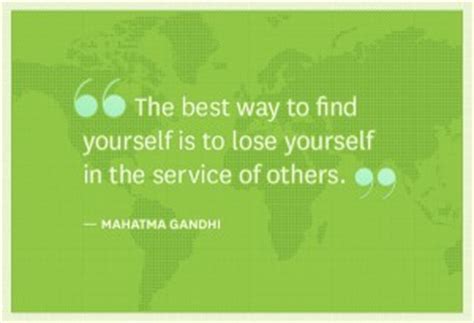 A lot of my friends (and so, most of the people that will read this) are already giving back in some way. There seems to be a huge overlap between my running community and animal rescue and child welfare communities.

But maybe some of you that read this don’t actually know me in real life. (And for that, I’m sorry. You should really get the chance to meet me. I’m a treat.)

So, if you’re not already involved in some way in giving back, allow me to offer some suggestions.

Obviously, Girls on the Run or Let Me Run (the boy version that I haven’t volunteered with yet, but hope to soon because it is also hugely important). You can coach. Become a running buddy. Help at the end-of-season 5k.

Also obviously, animal rescue. If you’re in Bedford County, Virginia, the Bedford Humane Society desperately needs foster homes to help save animals from a pound that will likely continue to be filled to capacity this summer for reasons that I can’t explain on here except to refer you back to my original humans are worthless statement. But there are animal rescue groups every damn where. Pick one (do your homework and make sure it’s a decent one … because shockingly there are some questionable folks out there masquerading as legit animal welfare agencies … I know, I was shocked, too. Except, not really. Because, again, people.)

Pick something. Do it. And then go ahead and humble brag about it all you want. Because you’ve earned it. And maybe you’ll inspire someone else to do it. Or guilt them into it. Whichevs. I’m not sure it really matters at this point.